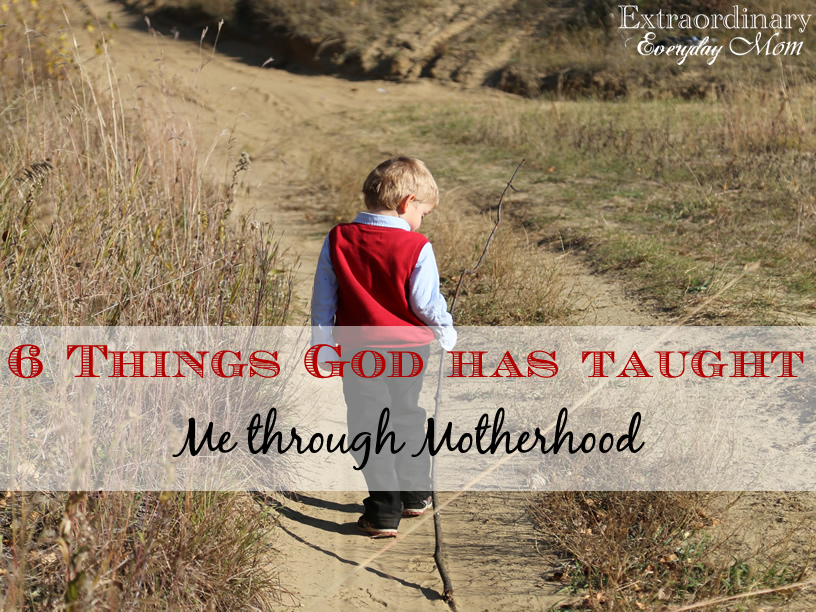 I don’t know about you, but when I was a young, married woman, I thought I knew exactly how to parent. I didn’t know that God had a lot to teach me through Motherhood.

I just thought that my child wouldn’t throw a tantrum in public.

My child wouldn’t talk disrespectfully to me.

I was sure I would never allow my child to leave the house with a dirty shirt, etc, etc.

The list really went on and on and  I had every confidence that I could be a parent without any difficulties. After all, I had a little sister who was almost 12 years younger than me and I had done lots of babysitting. I truly thought I had this thing figured out!

So at the tender age of 23, my husband and I decided to start trying for a baby. Imagine the shock and surprise when we got pregnant our first cycle! Suddenly I was throwing up all the time. Already, this wasn’t exactly how I had planned it all out in my head!

And then she was born. A beautiful, blond-haired, blue-eyed little girl. Even though she was a very good baby, this motherhood thing was a lot harder than I’d thought it would be. I wasn’t as good at it as I thought I’d be.  It was a much bigger challenge to have children than I thought it would be.

These days my three children are 12, 9, and 7 years old and I have the privilege of homeschooling them. Again, it’s not without its challenges, but I still call it a privilege.

Motherhood has broken me.

Motherhood has shaped me into who I am, today.

As I sit here and type this, I recognize that I’m not the same person I was when I became a mother and that’s okay.

I haven’t lost who I am.

Friends, you haven’t lost who you are.

You’ve been molded and shaped into who God created you to be in the first place.

6 Things God has taught me through Motherhood

Ephesians 2:8-9 (NIV) For it is by grace you have been saved, through faith–and this is not from yourselves, it is the gift of God—not by works, so that no one can boast.

I used to be a very strict mama. I expected everything to be just so, but as I learn more about the Grace of God, I have learned to give my children a lot more grace too. God isn’t looking for perfection from us neither should we expect that from our children.

I’m no longer a high-strung mama. At times, I surprise myself by the things that I now agree to.

Do you want to play floor hockey in my living room? I’m probably going to let you.

Do you want to take the cushions off the couch? I might just say yes to that, too.

When it’s all said and done if it’s not a moral issue, does it really matter?

#3: People are more important than stuff.

This one should have been obvious to me, but somehow it wasn’t. I like to have things in immaculate order. I take good care of my things. Because of this, I used to get very angry when a wall was dented, something was broken, or even a cup of water was spilled.

But does any of that really matter in the long run? Yelling at the person because they accidentally did something accomplishes nothing except to hurt them. I’m learning that that’s not what I really want.

#4: I can’t do parenting without the help of Christ.

Phil 4:13 (NKJV)  I can do all things through Christ who strengthens me.

2 Corinthians 2:9 (NIV) But he said to me, “My grace is sufficient for you, for my power is made perfect in weakness.” Therefore I will boast all the more gladly about my weaknesses, so that Christ’s power may rest on me.

Without the help of Christ, I’d lose my temper daily instead of just once in a while.

Without the help of Christ, I’d have no idea how to parent my children in this crazy world.

Without the help of Christ, I’d have run off and left a long time ago.

There’s nothing like the temper tantrum of a child to teach you that you shouldn’t give up on the good things in life. I used to have the ability to quit things whenever I didn’t think they were going the way I’d like. I’ve learned that nothing in life comes without hard work and discipline. I’ve heard it said:

“I wonder what would happen if I didn’t give up.”

Having children has taught me that if I want to learn new things or see some of my dreams come true, I must keep trying even when things are hard.

#6: The blessings of being a parent.

I never understood just how special it is to have a child say, “I love you,” before I had one do just that.

I never understood how fiercely you could love another human being until I became a parent.

I never understood how you could fear for your child until I became a parent.

Parenting has shaped me and molded me.

I don’t remember exactly who I used to be.

But I’m the new me. I’m the one God created to do his great works.

I haven’t lost myself.

I’ve found the me that God wanted me to find.

No, I haven’t lost myself.

I’ve found a reason to grow, change, and become who God has created me to be.

How about you? What has God taught you through motherhood? 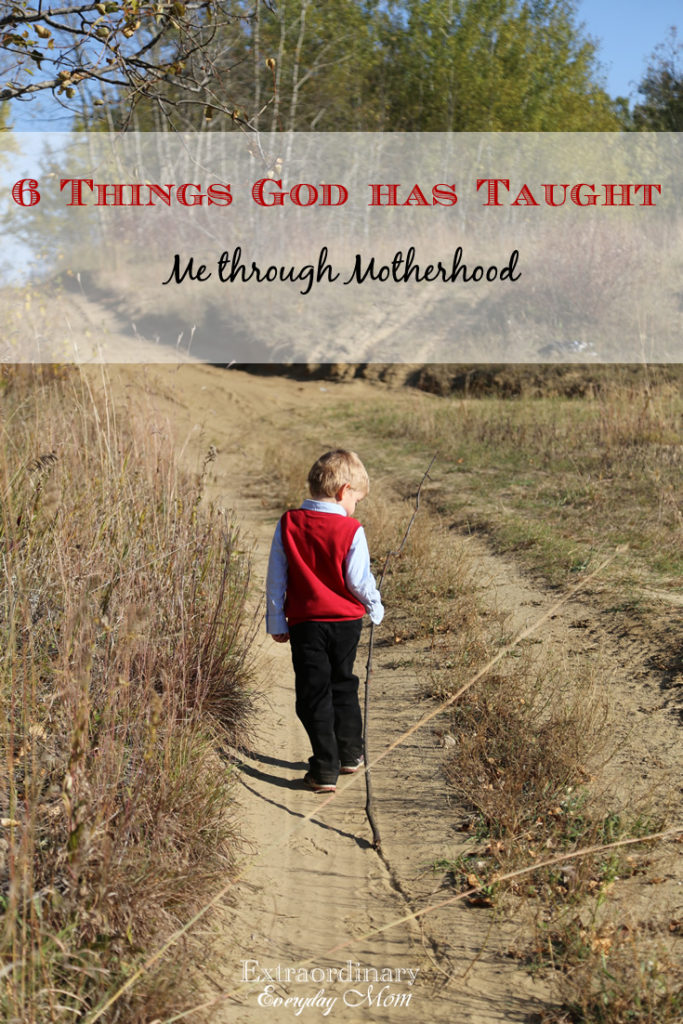 Linking up: Tune in Thursdays; Salt and Light Linkup

4 thoughts on “6 Things God has taught me through Motherhood”