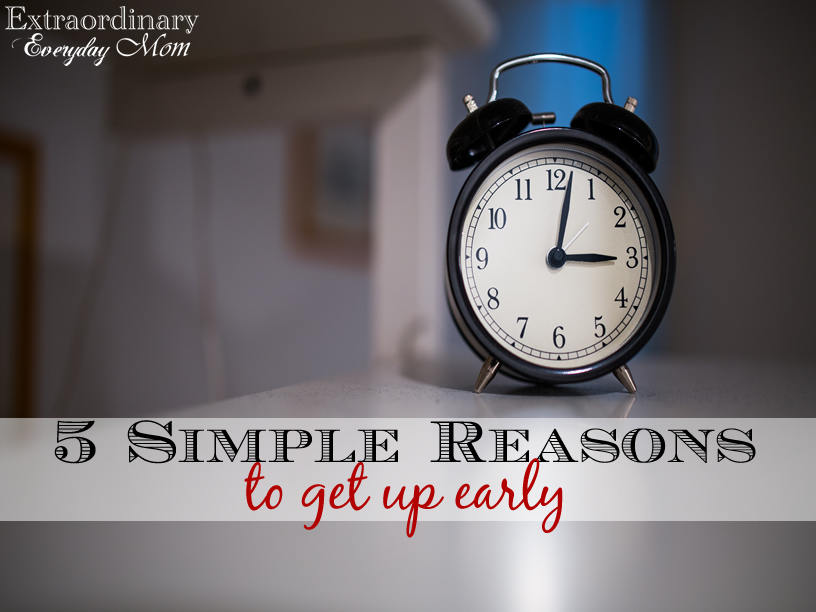 It takes discipline and a reason to get yourself up early during the fall and winter.

All that being said, I have gotten up early fairly regularly for most of my mothering career. I learned early on that it doesn’t benefit me to sleep in. I am definitely much more productive in the mornings than later on in the day.

It may seem strange to you, but I treat being a wife and mother as a job. Why? Because it is my job. Legit. I use a day planner. I know what day it is most days of the week. I have a plan of action for each day. The only time I don’t have a plan is when I go on vacation or I’m sick. So basically almost never.

*Right this minute I want to take the time to remind you that this is NOT condemnation. What works for me, may not work for you. This post is not intended to make you start getting up early if that doesn’t work for you. I have a dear friend that is incredibly productive in the evenings. It seems to work for her to sleep in a little bit and stay up later.

5 Reasons to Get Up Early

-My husband often stays up later on in the evening so he can work, so I generally have about an hour before he wakes up.

-My children are getting older and it isn’t hard for them to sleep or stay in their rooms until 7:30 each morning. These days, some of them actually sleep until almost 8:00 a.m.

-I don’t do this anymore, but for years that was exactly why I got up early in the morning. I loved the feeling of accomplishment when I got it done early. If you do this, you will have no opportunity to make excuses and not get your exercise in. Bonus, you can shower right after and be ready for the day.

3. To do Devotions and Pray

-I used to do this, but I finally gave it up about 6 months ago. For some reason, I cannot stay awake to read the Bible that early in the morning.

4. So we can be prepared for our children and husband, instead of feeling behind when they wake us up.

-I have always felt behind if I don’t shower and get partly ready before the kids are up.

-Obviously, not all of you will relate to this. I do a lot of my writing early in the morning. If I didn’t do that, I don’t think I would blog. It is one of my best working times.

Those are some of my favorite reasons for getting up early. I’m going to be real, here. I still struggle with wanting to stay up too late in the evening. This can seriously sabotage my ability to wake up early. It’s something I’ve been working on for a while. So tell me, do you wake up early? If so, what are some of your reasons for doing so? 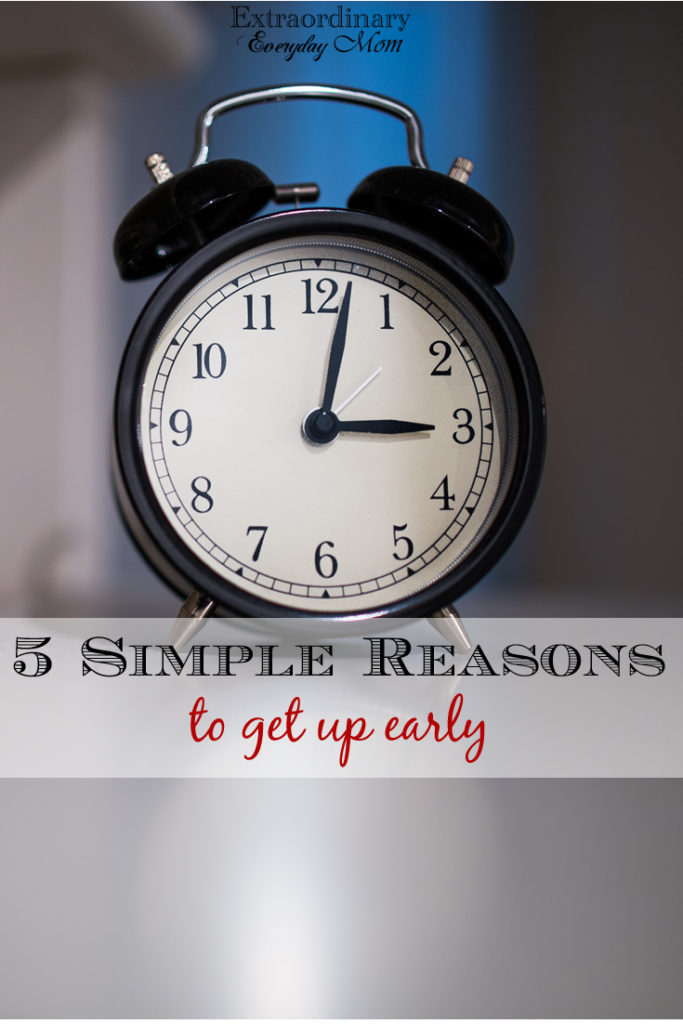 Linking Up: Tune in Thursdays