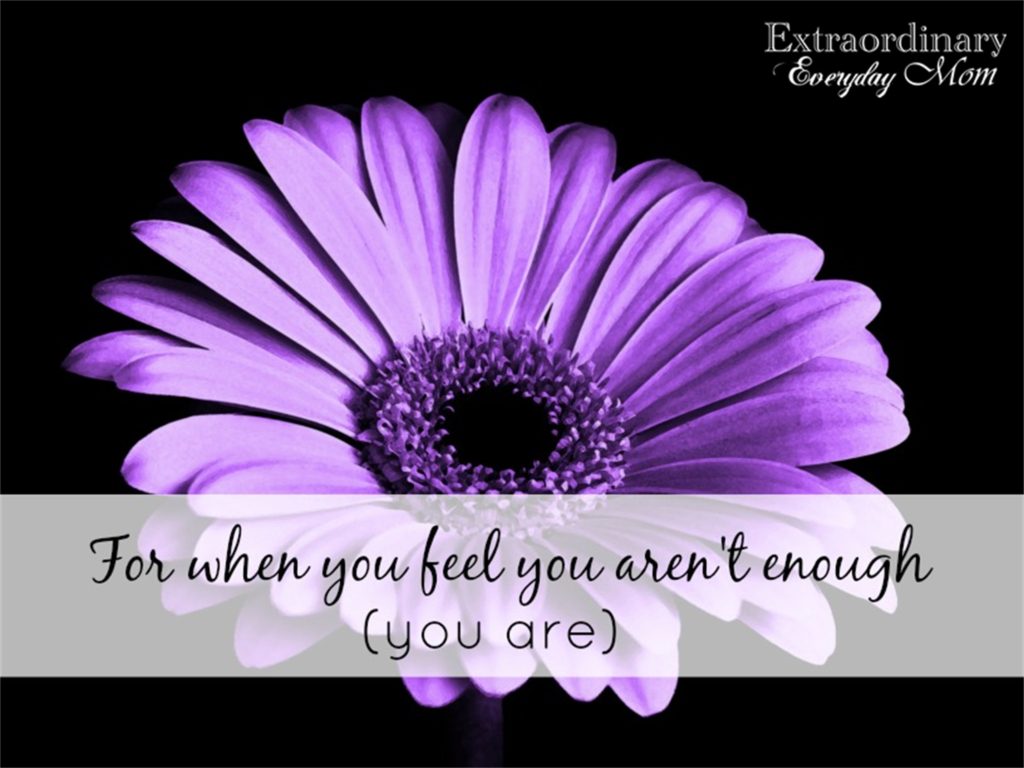 For years now, I have been singing Steven Curtis Chapman’s “Treasure of You” to our middle daughter. I don’t actually sing the whole song, but I truly believe that God gave me this song to sing to her. There have been many times that she has been very upset and I felt the Holy Spirit tell me to sing that song to her. It’s amazing how it’s helped to calm her down.

Today, I want to say to you-You are also God’s treasure. You are worth more to him than anything under the sun or the moon.

Matthew 6:26 (NIV) Look at the birds of the air; they do not sow or reap or store away in barns, and yet your heavenly Father feeds them. Are you not much more valuable than they?

He loves you and I so much that he sent his Son into the world to die for you and me. You are made in the image of God and he sees you as valuable and precious.

So why do we often feel like we aren’t enough?

1 Peter 5:8 (NLT) Stay alert! Watch out for your great enemy, the devil. He prowls around like a roaring lion, looking for someone to devour.

He doesn’t want us confident in our value in Christ. He wants us questioning ourselves, believing we are less than, and that we aren’t good enough.

In the age of social media and Pinterest-worthy housekeeping ideas, we often tend to compare ourselves to others. I can look at the gal next door and get really jealous of her decorating skills or the fact that she is so good at taking photographs. Those are all things that I’m not necessarily good at nor do I have time for. Your comparison struggle will be different than mine.

Several years ago, I heard a message that impacted me greatly. The way this person explained it was that when Jesus died for us, it’s like he took our sin upon himself. It’s like he stands in front of you and me and when Satan tries to accuse you or me, he says “It’s not her fault, it’s mine.” He took those sins upon himself like he actually committed them. You and I are covered by the blood of Jesus.

You are enough because of Christ. When he created you, he looked at you and saw that you were good. 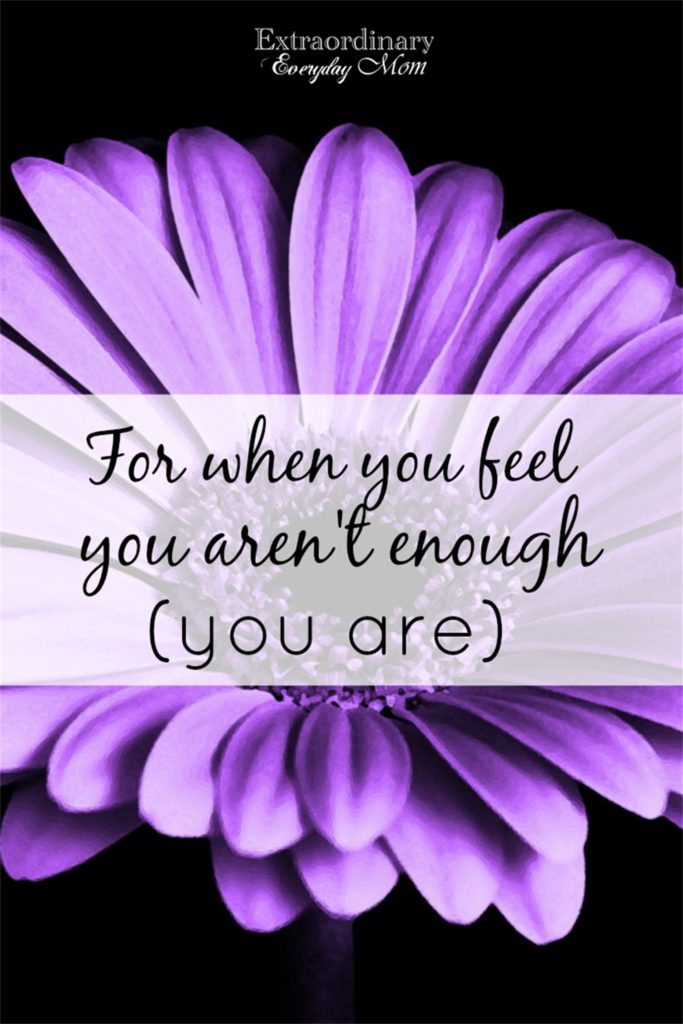